It’s Day 3 of our trip to D.C., with another full day of meetings with several experts on policies that can help or harm our state.

Last night, we hosted the annual Interstate 11 Caucus Reception. It was a great evening of highlighting the critical need for funding Phase 1 of the project that would connect Las Vegas and Phoenix – the two largest metropolitan areas in the U.S. not currently connected by an interstate. In addition to I-11 Caucus co-chairs, Congresswoman Dina Titus (D-NV) and Congressman Paul Gosar (R-AZ), and Nevada’s U.S. Senator Dean Heller, we were fortunate to have Chairman Mario Diaz-Balart (R-FL), who chairs Transportation, Housing and Urban Development for the House Committee of Appropriations, a key decision maker when it comes to transportation funding, join us. Also, making a surprise appearance was Chairman Bill Shuster (R-PA), chairman of the House Transportation and Infrastructure Committee  – another key decision maker regarding transportation projects.

Yesterday, during the day, we heard from several policy experts on topics important to the business community: tax reform, healthcare reform, workforce development, and cyber security.

We began the day hearing from Justin Clark, deputy assistant to the president and the White House director of intergovernmental affairs. Clark explained one of his key roles is to help states understand the resources from the federal government that are available to them. The conversation focused on some of the priorities for the Trump Administration, particularly in reducing regulations, improving STEM education, and rebuilding infrastructure. He encouraged businesses to speak with their local, state, and federal governments, and keep them in-the-know about issues that have the ability to help or hurt them. He also stressed never to assume that our elected officials know everything that may be going on in regards to our business community, and highlighted the importance of regular and ongoing communication with them.

Chamber Chairman Bill Noonan took the opportunity to make a pitch for funding for I-11, and Clark mentioned that I-11 was a project with which the White House was very familiar. He said they were trying to figure out a new way to do infrastructure through public-private partnerships that would shorten the time frame for funding and construction.

Neil Bradley, senior vice president and chief policy officer with the U.S. Chamber of Commerce, spoke to the group on a wide range of policy topics. While the U.S. Chamber is supportive of much of the deregulation that the Trump Administration is doing because of how it helps businesses, it is quite concerned about the outlook on trade. While NAFTA needs modernization, we cannot afford to scrap the trade agreement. Bradley also touched upon the need for comprehensive tax reform, which has not been done since 1986.

We also heard from Jamie Francis, director at the Center for Education and Workforce at the U.S. Chamber of Commerce Foundation about new approaches to connect education with the needs of industry to improve a skilled workforce, as well as Ed Mortimer, executive director on Transportation Infrastructure for the U.S. Chamber of Commerce, on the potential for a infrastructure funding bill. And as the Graham-Cassidy health care bill was the topic of conversation on Capitol Hill, we heard from Katie Mahoney, executive director on healthcare policy for the U.S. Chamber, on some of the priorities for stabilizing health care policy.

In the afternoon, we had a lively debate between tax policy experts from Brownstein Hyatt Farber Schreck. Drew Littman, Brian McGuire, and moderator Brian Wild, policy directors at the firm, talked about the likelihood that a tax reform package would get passed. There was agreement that while Republicans are motivated to get something down before the mid-terms, particularly as healthcare reform has stalled, it is not likely that it will have bi-partisan agreement. In fact, legislation may be more tax cuts than tax reform.

We heard from Ryan Temme, associate with the Groom Law Firm, on healthcare, as well as two cyber security experts, Shane Tews, visiting fellow at American Enterprise Institute, and Ari Schwartz, managing director at Venable, LLP, regarding cyber risks to businesses and the new world we are living in when it comes to cyber threats. And we wrapped up the meetings with Christopher Cylke, vice president of government affairs for the American Gaming Association, on the latest in federal gaming policy.

Today, we are hearing from scholars from Brookings Institution, as well as from several experts throughout the day on policies such as energy, Yucca Mountain, and employer regulations. And tonight, at the inaugural Nevada Lights Up the Capitol, we will host a party for about 700 Congressional members, staffers, stakeholders, guests, and other friends in the Rayburn House Office Building to showcase our entire state of Nevada. Not only will it be a lot of fun to mix and mingle with several hundred members of Congress and their staff, but also to share a bit of the diversity, industry, food, entertainment and culture that makes Nevada unique and a great place to live. 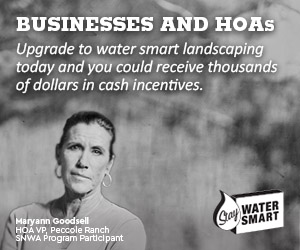 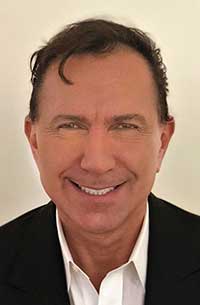 Paolo Tiramani is CEO of 500 Group, an intellectual property investment and development company with diverse holding in traditional, digital and intellectual assets. 500 Group focuses on new technologies which can be protected by patents. In 2017 500 Group moved operations to Nevada for its superior tax and business climate. 500 Group investments in Nevada include: The Paolo Tiramani Foundation; Supercar System, a powersports recreational product operated out of its 20,000 sq ft facility at the Las Vegas Motor Speedway; and Boxabl, a revolutionary construction technology slated for factory production in Apex or similar.
Visit Website