Las Vegas – Today, the Las Vegas Metro Chamber of Commerce released a report outlining the potential costs of proposed legislation that would open the option for Nevada state employees to engage in collective bargaining.

In the report and analysis prepared by RCG Economics LLC, it is estimated that the incremental costs of implementing collective bargaining for state workers to the State of Nevada would cause “an increase of approximately $1.7 billion to $1.75 billion per year by 2036, or by an annual 6.9 to 7.1 percent, above the current policy of no collective bargaining for state workers”.

The Chamber commissioned RCG to analyze the issue to better understand Senate Bill 135, sponsored by the Senate Committee on Government Affairs, that was introduced this session.  If passed, it would allow state employees to collectively bargain for wages and benefits.

The study examined various case studies based on other states that have collective bargaining for state employees.  It then looked at the fiscal costs in those states.

About the Las Vegas Metro Chamber of Commerce:

The Las Vegas Metro Chamber is the largest business organization in Nevada.  Founded in 1911, the Metro Chamber is focused on advocacy and public policy at all levels of government, developing partnerships to improve the community, and providing resources to help businesses grow, thrive and create jobs.  More information about the Metro Chamber can be found at LVChamber.com.

RCG Economics is a long-established source of strategic market research, regional economic advice, macroeconomic forecasts, and current data. RCG Economics has established a reputation for being objective and independent and – in the words of one client – “telling it like it is.”  Its clients include a diverse array of organizations and individuals needing reliable data, research, forecasts, and advice. It serves the real estate and gaming/hospitality industries as well as corporate decision makers, economic development entities, and local, state and federal governments and agencies.  More information can be found at RCG1.com. 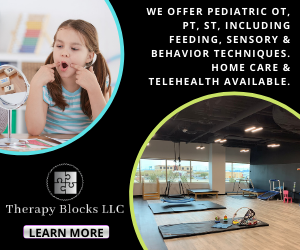